Forged from the finest silicon

Higher speeds, more memory, and wider bandwidth than the previous generation. 3rd Gen AMD Ryzen processors with the 7nm Zen 2 core sets the standard for high performance: exclusive manufacturing technology, historic on-chip throughput, and revolutionary overall performance for gaming. From the beginning AMDs 3rd Gen Ryzen processors were designed with this philosophy, to break expectations and set a new standard for high-performance gaming processors. Thats exactly what it does. 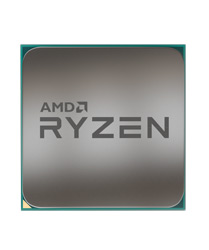 3rdGen AMD Ryzen processors feature support for the worlds first PCIe® 4.0 connectivity, to enable the most advanced motherboards, graphics, and storage technologies available. The new PCIe 4.0 standard DOUBLES the bandwidth of PCIe 3.0 to up to 2GB/s per lane, or up to 32 GB/s on a x16 slot, enabling new generations of high-performance graphics cards, networking devices, NVMe drives, ethernet cards and more.

No options for this product

© Copyright LAWRENCE MALL LTD 2021 All rights reserved. VAT number: GB347240117
lawrence24.co.uk is the business name of LAWRENCE MALL LTD, which is a company registered in England and Wales. Company Number: 12451644

These cookies ensure that the webstore functions properly. Think of keeping track of your language and your products in your shopping basked, log on with your account, the checkout form, filter search results etc.

We use analytical and tracking cookies to see how we can improve the webstore and how we can adapt content and potential advertisements to your preference.